Where to Eat in Charleston? 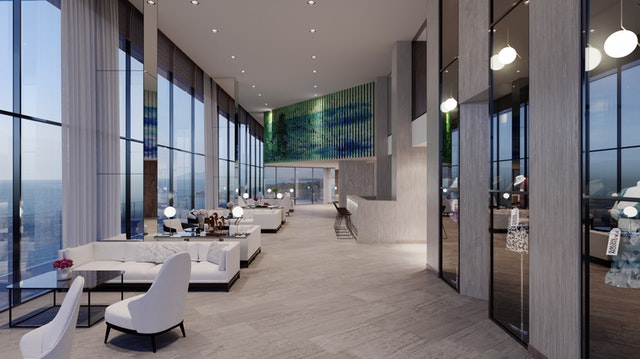 And they’re not wrong. Truly, the city’s restaurant options are not only enticing, they’re also seemingly endless — so much so that we felt like we only scratched the surface — we didn’t even get a chance to eat at half the places on our list, including Cannon Green, Two Boroughs Larder, Zero Cafe, and Edmund’s Oast. Still, over our recent five day visit we managed to eat and drink enough that we felt the need to go on an Ayurvedic cleanse when we got back to New York. Because while it’s true that Charleston is a “foodie town,” it’s also true that Charleston is very much a Southern town. For every “farm to table” ingredient listed on the menu, there’s also a fair amount of butter, cream, cheese, and salt to go with it — and plenty of stiff drinks to wash it all down. Which, for the most part, is all totally worth it.

Below are best places to eat in Charleston.

If you can have dinner at just one restaurant in Charleston, make it at Chez Nous. With an ever-changing and tiny menu (seriously: just two appetizers, two entrees, and two deserts are offered every day), this intimate restaurant tucked away in a candle-lit old house at the end of an alley offers an experience so special and delicious you’ll be dreaming about it for months afterwards. When we visited, the menu just happened to be a (mostly) vegetarian feast — homemade cavatelli with brocolli rabe, ricotta salata and bread crumbs; a brothy, herb-infused soup of swiss chard topped with a poached egg; mussels with fresh chickpeas, beans, and farro; shrimp with espelette; gateau Basque; and a local cheese — but other recent menus have featured everything from grilled sardines with fennel to braised rabbit in vinegar and paprika to local wreckfish with anchovy sauce. Check the restaurant’s Instagram for a preview of each day’s menu, and be sure to make a reservation.

It is one of the best restaurants to eat in Charleston and the funny story: The restaurant that houses FIG used to be home to an Italian joint where college-aged Thomas worked as a salad chef. Now that same building houses FIG, a highly-regarded local favorite that could be considered the epitome of “Charleston, foodie town”-ness. Its Southern-inspired comfort food is made with local, seasonal ingredients, while the large, warm-hued dining room manages to feel unstuffy despite its white linen tablecloths and bread baskets. Basically, FIG  — which stands for Food Is Good — is the kind of place you could take your parents and everybody would be happy. We sat at the dimly-lit bar and enjoyed a couple of well-mixed Old Fashioneds, fresh pasta with lump crab, and grilled mackerel with a Sicilian-style tomato caper sauce — it was all so filling and tasty we forgot to try the restaurant’s signature desert: Chocolate Budino with hazelnut, crouton, and olive oil. Next time.

We ate at Xiao Bao Biscuit twice in five days and I swear it is the best places to eat in Charleston, and we probably would have eaten there at least twice more if we could have. Inspired by the owners’ collective world travels, the small menu features innovative but homey interpretations of classic Japanese, Thai, Vietnamese, and Chinese dishes meant to be shared over a lively dinner with friends or during a laid-back lunch at the long, gorgeous bar.

To go along with newfangled renditions of Okonomiyaki, Mapo Dou Fu, and Paratha, the restaurant offers drinks that are just as wanderlust-inducing; there’s the bourbon-based Passport (with Ramazzotti Amaro and chocolate bitters) and the Borneo Sunrise (with white rum, orange flower water, pomegranate molasses and fresh pressed juice), plus an insane selection of rare imported beers — including the easy-drinking and hard-to-find Toñas we came to love during our time in Nicaragua. But besides all the tasty food and drink, the vibe at XXB is just damn good. Not only is it housed in an airy old filling station, but it’s run by a close-knit crew with sweet attitudes and cool tattoos.

Butcher & Bee is tasty, low-key, and totally fool proof. Open for brunch, lunch, and late-night, its ever-changing menu features Southern-tinged favorites that are as familiar as they as they are seasonal and veggie-centric — thick-pattied veggie burgers made from beets and served with tahini and feta; shaved brussels sprouts salad with pecans; pulled squash sandwiches with bbq sauce and smoked cabbage. B&B’s interior is a rustic-comfy mix of reclaimed wood and communal tables, while its sunny outdoor patio is the perfect spot to nurse a hangover over fries with house-made ketchup and BYOB rosé.

Of the many cool places to eat in Charleston and this restaurant on upper King Street, we were most impressed by The Grocery — which, is actually tucked away on Cannon Street, just off of King. Despite its high ceilings and open layout, The Grocery is dimly lit and surprisingly cozy, making it an excellent option for craft cocktails and small plates like roasted cauliflower with green harissa and Tuscan kale tartine — not to mention escaping the college kid madness of the strip.

Okay, so you’ll have to drive out to Sullivan’s Island, but The Obstinate Daughter is worth the trek — and you should probably go to the beach at least once while visiting Lowcountry, anyway. Perched on the second floor of an old house on the island’s main drag, Obstinate Daughter’s modern, nautically-tinged dining room feels perfectly in-line with the surrounding terrain’s wind-swept vibe: It’s all weathered wood panels, crisp white and blue tiles, and ropey pendant lights that weave an intricate web across the peaked ceiling. Though the menu offers plenty of seafood to go along with the seafaring theme, it isn’t overwhelmingly fishy. We loved the wood-fired clam and fennel pizza, local lettuce salad, and orange-hued Valencia tomato Bloody Marys.

We were on the fence about including Leon’s on this list. Not because we didn’t have a great night there, but because the food just wasn’t quite as amazing as some of the other places we visited to eat in Charleston. It wasn’t bad by any means, just not over the top wow! Still, the energy is awesome and if you’re craving some Southern food — fish sandwiches, hush puppies, black eye pea salad, fried chicken — you’ll be very happy at Leon’s. Go for the young, vibrant crowd and the funny bathrooms wallpapered with images from vintage pin-up magazines and the highly drinkable cocktails and the laughs with friends. You’ll definitely have a super fun night. We certainly did — and that’s just as good (if not better) than being over the top wowed by food sometimes anyway.

Wow! 167 Raw is really tiny: Just a handful of seats at the bar, a few hightop tables inside, and one charming umbrella-covered table in the side garden. You should make a reservation; Otherwise you’ll miss out on a super fresh hand-shucked oysters and little neck clams, lobster rolls, and chunky, sesame-spiked ahi poké. Also of note: the vintage scuba dive helmut that marks the entrance — a marvel in itself.